skip to main | skip to sidebar


Humana Festa, A Novel (Zip/EP, 2012) is an original, pioneer work of contemporary literature in that it dwells upon veganism and animal rights. Exploring connections between class conflict, the environment, and the abolition of animal exploitation, this novel is a witty page-turner that will interest Anglophone readers of diverse backgrounds and worldviews. Translated from the Portuguese by Charles A. Perrone.

"This marvelous novel by Rheda internationalizes Brazil and the progressive vitality of Brazilian literature and culture as never before." (Earl Fitz, Inter-American Literature: A Concise History).

"Rheda applies her unique wit and eye for contradiction to the exploitation of nonhuman animals. She weaves together two parallel settings - the bible-thumping, NRA-loving milieu of the Florida hinterland, and São Paulo's neo-plantation, agribusiness interior, where estates worked by slaves have been replaced by intensive cattle and pig farms operated by underpaid laborers and subsidized by U.S. conglomerates. [...] An incisive exposé of the landed classes' anxiety about retaining their power and the intertwining class and species exploitation upon which that power depends." (Alexandra Isfahani-Hammond, Chasqui - Revista de Literatura Latinoamericana).
More about Humana Festa, A Novel:
a talk to a class at the University of California-LA (2018)
interviews with the author: 1, 2
academic essay
conference presentation in New York (2009) (in Portuguese)
Other interviews/articles (in Portuguese): FrenteVerso (radio) parts 1 - 2 - 3, Suplemento Literário de MG (pp. 27-29), Editora Record, Folha de São Paulo, Jornal Debate.
Other materials on Humana Festa, A Novel (mostly in Portuguese)

First World Third Class and Other Tales of the Global Mix (Austin: University of Texas Press, 2005) includes translations of 2 books and 2 stories written by Rheda, as well as a story that she wrote in English:

"Reading Rheda's short stories and novel has been a delightful discovery for me.... Her style is full of wit, delicious and sometimes devastating irony, and captivating poetic imagery. Her book, in short, will be hard for readers to put down." (David George, Professor of Spanish at Lake Forest College, and literary critic).

"I would like to offer a few words of praise for one of the brightest new stars of Brazilian literature, Regina Rheda. My students and I read several of Regina stories this spring and we were ecstatic about them! We all felt that Regina is a more than worthy heir to such Brazilian greats as Machado de Assis, Drummond, and Clarice Lispector. More than this, we're certain that Regina is going to become a major player for Brazil as it takes its rightful place at the heart of inter-American literature's development into an exciting new field. Let's have more of Regina Rheda, in both Portuguese and English translation!" (Earl E. Fitz, professor of Comparative Literature, Spanish and Portuguese at Vanderbilt University).

More about the collection Stories From the Copan Building

Her debut book was first published in 1994: Arca sem Noé - Histórias do Edifício Copan (Rio: Record, 2010). Arca sem Noé won a Jabuti national book award in Brazil in 1995. One of the eight stories, "O mau vizinho" ("The Neighbor from Hell") won a Latin American fiction prize in France in 1994. This collection of stories was translated as Stories from the Copan Building by Adria Frizzi and REYoung.

"The author succeeded in creating an original work of literature by pushing the boundaries between the real and the imaginary with good-hearted, keen humor and creativity.” (Jabuti award catalogue 1995).

"The Copan stories are like gems on a necklace -- every one brilliant in its own right but, when taken as a whole, forming part of a larger, deftly interconnected design." (Earl E. Fitz, professor of Comparative Literature, Spanish and Portuguese at Vanderbilt University).

Pau-de-arara classe turística (first print edition - Rio: Record, 1996; 2013 digital edition available at Amazon) is a novel about Brazilian emigrés in Europe. It has been translated as First World Third Class by David Coles and Charles A. Perrone.

"Good-humored and unpretentious, Rheda's language flees from clichés and is loaded with delicious descriptions [...] draws an astute profile of middle-class London and reveals the limited horizons of a family in Calabria." (Bernardo Ajzenberg, Mais!, Folha de São Paulo).

The satirical novel Livro que vende combines literary intrigue with an extravagant broadside ballad, illustrating aspects of economic and cultural globalization. It was published by Editora Altana (São Paulo: 2003).
"Livro que vende is an amusing reflection on the novel and its impossibilities, something often discussed but not always demonstrated with such vehemence and good humor". (Moacir Amâncio, Caderno 2, O Estado de São Paulo).

Humana Festa (Rio; Record, 2008) is a pioneer work of contemporary literature in that it dwells upon veganism and animal rights. It was translated as Humana Festa, A Novel. Please see above.


"Humana festa, the fifth work of fiction by Regina Rheda, is a true original." (Márcio Seligmann-Silva, professor of Literary Theory and Comparative Literature at UNICAMP).


Stories:
"O santuário", a tale that speaks about immigrants and animal rights advocates in the USA, is published in the anthology Pátria estranha (São Paulo: Nova Alexandria, 2002). The translation ("The Sanctuary") is published in the edited volume First World Third Class and Other Tales of the Global Mix and in the anthology Luso-American Literature: Writings by Portuguese-Speaking Authors in North America (New Brunswick: Rutgers University Press, 2011).

"'O santuário' treats the situation of Brazilian illegals in the US incisively, illustrating their precarious, subaltern condition". (Stefânia Chiarelli, Idéias, Jornal do Brasil).

"Dona Carminda e o príncipe", a story about the tyranny of humans over humans and other animals, is published in the anthology Histórias dos tempos de escola (São Paulo: Nova Alexandria, 2002). It is also published in English as "Miss Carminda and the Prince" (translation: Lydia Billon) in the Fall 2004 issue of the American journal Meridians; and in Croatian (translation: Jelena Bulic) in the literary journal Sic - University of Zadar.

"Regina Rheda's playful short story 'Miss Carminda and the Prince' [is] a rather fanciful retelling of the princess and her frog myth in which Miss Carminda's prince is an [amphibian] escaped from Domingos Jorge Velho Public School!" (Myriam J. A. Chancy, writer and editor).

"A frente", a story about globalization and ecofeminist politics in an imaginary village in the Amazon, is published in the anthology Mais trinta mulheres que estão fazendo a nova literatura brasileira (Volume editor: Luiz Ruffato. Rio: Record, 2005). An English version ("The Front") is published here.
"My students and I also read some of Rheda's more recent stories, like "A frente," and we found these marvelous as well. We were impressed by Regina's ironic humor (a staple of Brazilian literature), her vision of Brazil's place in our globalized world, and her deeply humane spirit." (Earl E. Fitz, professor of Comparative Literature, Spanish and Portuguese at Vanderbilt University). 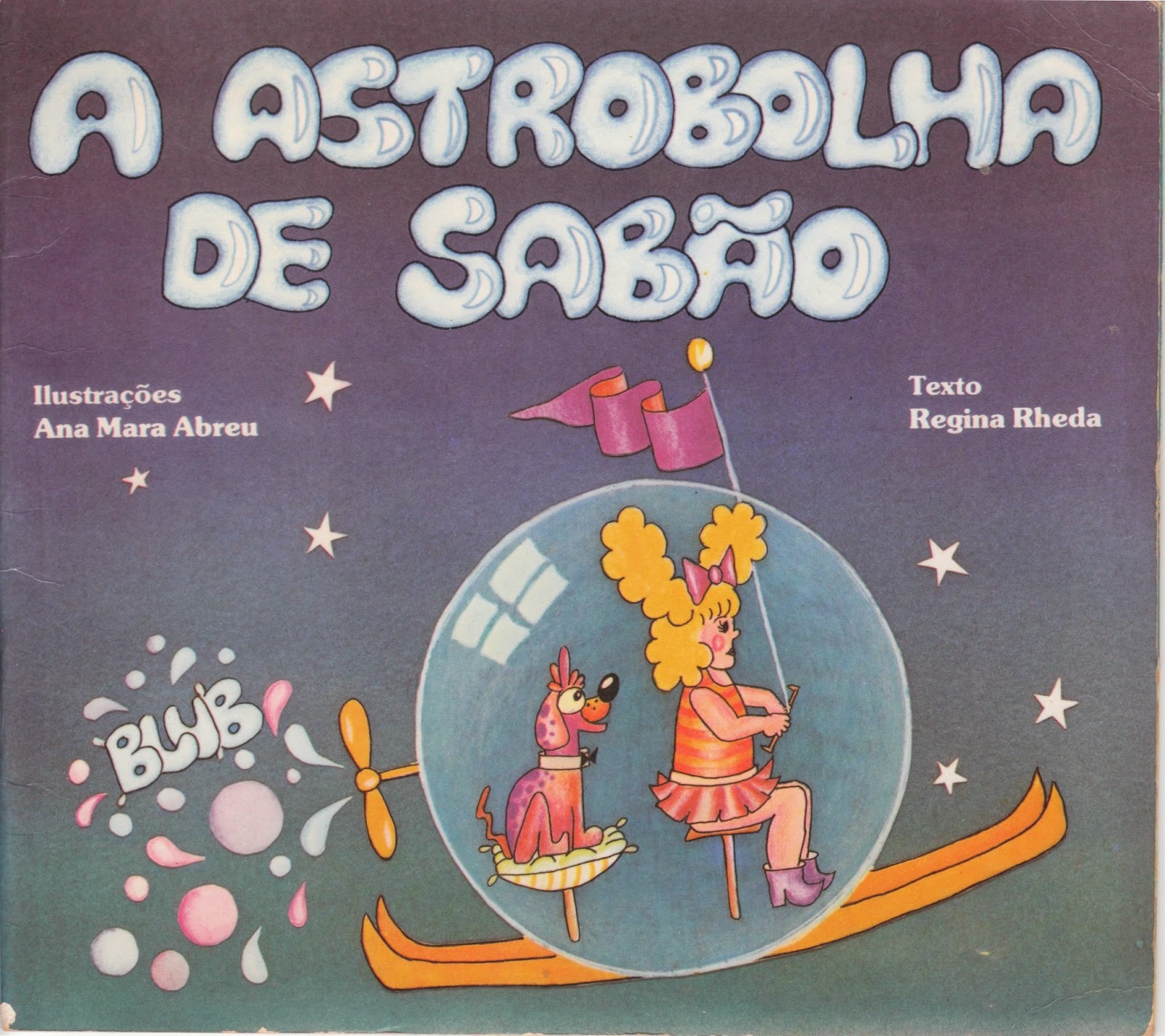 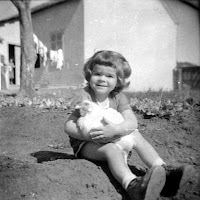 1957: Regina Rheda was born in Santa Cruz do Rio Pardo (SP), Brazil. She was the eldest of the four children of a bank teller and a school teacher.
1965: Moved with her family to the State capital, the city of São Paulo.
1975: Entered the Escola de Comunicações e Artes da Universidade de São Paulo (USP).
1980 to 1990: Wrote and directed short films and videos produced by public organizations, such as USP, Secretaria da Cultura do Estado de São Paulo (Department of Culture of the State of São Paulo) and Embrafilme (the national film production company). Rheda's works (here and here) have won awards at the most important Brazilian film and video festivals. Her short films were shown for five years in theaters throughout the country.
1982 to 1984: Was a member of the rock band Esquadrilha da Fumaça as singer-songwriter and participated in the album Tora! Tora! Tora! (Baratos Afins).
1983: Wrote the children's book A astrobolha de sabão (São Paulo: Editora Rios). Illustrator: Ana Mara Abreu.
1984: Graduated with a Bachelor of Arts degree in Cinema from the Escola de Comunicações e Artes da Universidade de São Paulo (USP).
1988: Spent one year abroad (England, Italy, Germany). Years later her experiences during this time would inspire a first novel.
1990 to 1993: Worked as director for the children’s educational programs X- Tudo and Castelo Rá-Tim-Bum at the public television station TV Cultura.
November 1994: Her collection of short stories entitled Arca sem Noé - histórias do edifício Copan (Stories from the Copan Building) was published by Editora Paulicéia, São Paulo.
December 1994: Rheda received the French award Maison de l'Amérique Latine for the story "O mau vizinho" ("The Neighbor from Hell"), the first story in Arca sem Noé - histórias do edifício Copan.
1995: Received the Jabuti award for Arca sem Noé - histórias do edifício Copan. The Jabuti is the most important award for Brazilian literature.
1996: Her first novel, Pau-de-arara classe turística (First World Third Class), was published by Editora Record (Rio de Janeiro).
1996 to 1998: Worked as editorial assistant for titles in pedagogy at Editora Saraiva, in São Paulo.
1997: Her collection of short stories entitled Amor sem-vergonha was published by Editora Record, Rio de Janeiro.
1998 (June): Participated in the Ledig House International Writers’ Colony (Ghent, New York), starting to write a new novel.
1999: Moved to Florida, USA.
2000: Married an American university professor. Became a vegan for animal rights. (See Rheda talking about it on this short video from 2009).
2002: Published the story "O santuário" ("The Sanctuary") in the anthology Pátria estranha (São Paulo: Nova Alexandria) and the story "Dona Carminda e o príncipe" ("Miss Carminda and the Prince") in the anthology Histórias dos tempos de escola (São Paulo: Nova Alexandria).
2003: Her novel Livro que vende was published by Editora Altana (São Paulo).
2004: Published the story "Dona Carminda e o príncipe" in Portuguese and in English ("Miss Carminda and the Prince", translated by Lydia Billon) in the Fall issue of the American journal Meridians: feminism, race and transnationalism.
2005 (May): Published the story "A frente" in the anthology Mais trinta mulheres que estão fazendo a nova literatura brasileira (Rio: Record). _____
(July): The books Stories from the Copan Building and First World Third Class, as well as the stories "The Enchanted Princess" (from the book Amor sem-vergonha), "The Sanctuary", and "The Front" (which was originally written in English) were published by the University of Texas Press in one volume called First World Third Class and Other Tales of the Global Mix.
2006: Translated into Portuguese Empty Cages: Facing the Challenge of Animal Rights, by Tom Regan (Editora Lugano, Porto Alegre).
2007: Began to do authorized translations of texts about animal rights by Gary L. Francione.
2008: The novel Humana festa was published by Editora Record (Rio).
2010: Arca sem Noé - histórias do edifício Copan was republished by Editora Record (Rio).
2011: The story "The Sanctuary" was republished in the anthology Luso-American Literature: Writings by Portuguese-Speaking Authors in North America (New Brunswick: Rutgers University Press, 2011).
2012 (March): Humana Festa, A Novel (Columbus, Zip/EP) was published in the US. Translator: Charles A. Perrone.
(December):The story "Dona Carminda e o príncipe" was published in Croatian, in the literary journal Sic - University of Zadar. Translator: Jelena Bulic.
2013 (February): The novel Pau-de-arara Classe Turística came out in ebook format.
(September): Portuguese translation of Introduction to Animal Rights: Your Child or the Dog?, by Gary L. Francione (Editora Unicamp, Campinas).
2014 (April): The story "The Neighbor from Hell," which is part of the book Stories from the Copan Building, was republished in e-book format, both in Portuguese and English, in the anthology of various authors Contrapuntos II (Digitus Indie Publishers).

(May): The narrative "Falta d'água," which is part of the book Arca sem Noé, was reprinted in the book Crônicas Brasileiras: a Reader (University Press of Florida).
2017: Moved to California, USA.

Some events at which the author made a presentation: 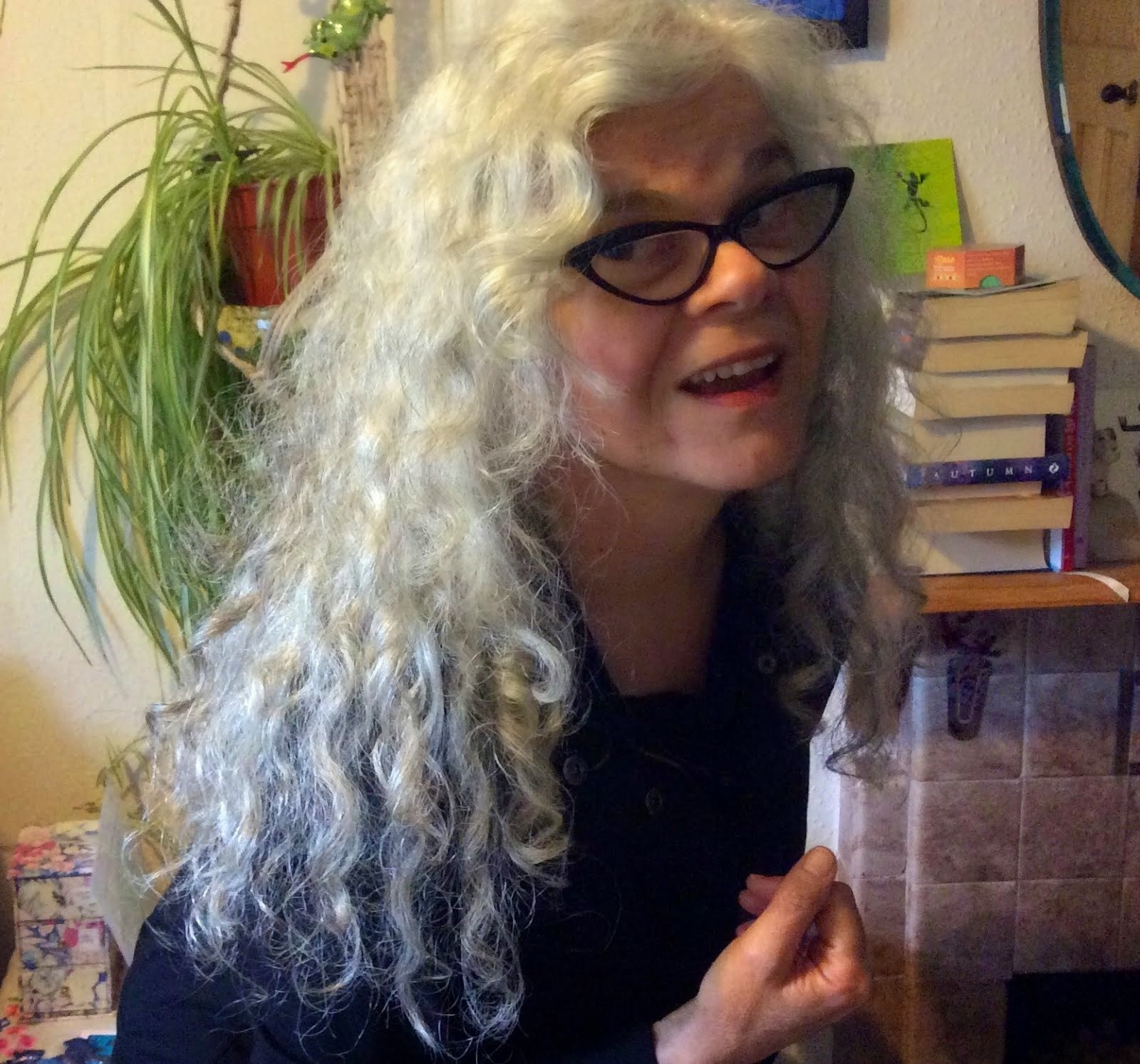 Regina Rheda. Novelist, short story writer, and former filmmaker. Born in Brazil, she lives in the US. Most of her writings have been translated into English.